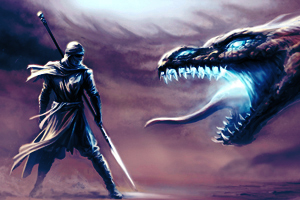 Profession: Hunter of Slaves & Monsters [pending approval]
Wealth: Common
Housing: Misthaven; Ruby District.
the Character
Appearance
Viktos is typical of his race. Pale skin, dark hair and a tall, lean frame are the only things anyone can truly say about the man. His face is always behind a mask of Ileino. It's somewhat ornate in appearance with swirling filigree pulling at the eye's focus. The pattern loosely resembles the feathers of a raven but is rather mundane compared to most of the masks worn by other Noiros. Rarely is Viktos uncovered. He presents as a strange sight within the city since his attire is cloth and armor fitted to blend in to the forest which surrounds Misthaven. This includes various shades of greens, blues, grays and blacks. His armor is solid black except for the rub marks and scuffs which signify the "well-loved" quality of his gear. The same can be said for the man's boots and pack but everything appears to be whole. He uses shreds of cloths to pad his armor and to hold his clothing in place. His attire is not tailored so the scraps provide a better fit as well as additional padding on areas like the arms and legs. This also deadens a great deal of sound in Viktos' movements which is useful for his trade. While Noiros are often seen as deviants, the calm stance that Viktos holds as his normal posture is coupled with the seriousness of a rather large spear tipped in black metal. The Ileino blade is simply average in his homeland but it is just another thing that stands out when Viktos is amidst the throngs of people in the city. The Noiros tries his best to keep to the shadows for it is there where he feels most at home.

Personality
Viktos is a being who appreciates quiet and subtlety. He also enjoys the fulfillment of order and logic. His people are governed by a strict set of laws. The magic he uses has rules that must be followed and lives to serve the purpose of the Raven Queen. Curious by nature, Viktos will almost always linger to try and learn any tidbit of knowledge. This is both a virtue and a flaw since the world is so treacherous when one is easily distracted. It's a drive for information that may one dy lead to the Noiros stepping outside of his rules but that has yet to happen. Viktos looks dangerous and just might be but hes rarely aggressive or loud which deepens the shroud of mystery that surrounds him. Viktos does not care of debauchery in the way that many around him do. Gambling, whoring and drunken revelries don't excite him but it does provide a steady stream of work. Viktos tends to regard everyone and every situation with a detached reason that is as cold as it is effective. He is ever mindful of his symbiosis and uses tactics to mitigate risks in his duties.

History
~~WIP~~
the Skills
"Talents are useless without a will to guide them."
Physical
Social
Mental
Trade
Magic
Favor(Pending Approval)
Noiros
the Inventory
Possessions
"The heart assigns objects value more often than the mind. This is why women are so expensive." The first twenty items were included from the starting package. Viktos started in common living expense so the conditions of these items will reflect that status in quality.
Expenses
"Free and easy? Ha! Nothing free is ever good and doing good is never easy."
the Record
Timeline
"Only cowards want to know where the road leads. Me? I want to know what it has seen."
At Home in the Darkness
1 post
Post Reply