Table of Contents
Welcome to Elmuthalleth! This is a city of doers and thinkers, dreamers and builders, where wonders of ingenuity not found anywhere else may be present around any corner. Elmuthalleth is a Free City, and is likely to be the oldest one currently in existence. It is a place that is focused heavily on history, particularly the Architects and early humans. They focus on all aspects of history, including the more physical aspects such as architecture, engineering, and remnants of Architect technology.

Other cities know of Elmuthalleth for their two primary exports, the first being white marble, and the second being simple knowledge. If another city wishes for something to be built or needs to find the answer to a pressing question, Elmuthalleth is where they can buy or trade for what they need. The city is also famed for having excellent colleges based around all sorts of knowledge, though one will find that knowledge about magic is almost completely absent. Magic is tolerated, but largely looked down upon as 'cheating'. It is one of the few things that both the engineers and scholars of Elmuthalleth agree upon, that depending too much on magic promotes sloppy thinking. 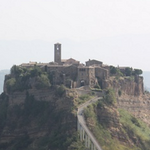 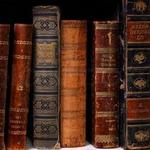 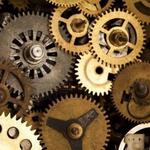 Re: [Lore] The Elmuthalleth Atlas

The City
Elmuthalleth is a striking city, located on a natural plateau in scrubby, hilly country. For most beings it is only accessible by a long bridge from the plateau to the ground, a source of pride for the local engineers although some of them half-halfheartedly wish something would happen to it so they could try out their newer, more advanced, more intricate plans.

The buildings along the perimeter of the city, those that can be seen as someone approaches from afar, are largely built (or rebuilt as the case may be) of original Architect materials, the city rising from a set of fairly extensive ruins. In the heart of the city however, the architecture is wildly varied where new techniques have been tried out or old ones tested for merit. Much of the city goes unseen, being underground, dug into the plateau. While some find these underground quarters to be claustrophobic, the white marble they are dug into helps to give them an open, airy feel, exaggerating light sources and make the more finely carved and decorated ones in high demand. 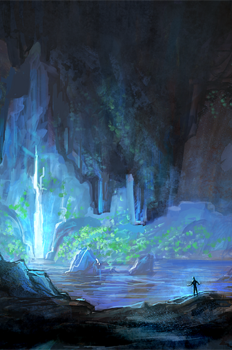 Also found beneath the city is an extensive underground lake which provides water to the entire city, and has so far never run dry even in the rare drought. Between this lake and the inaccessibility, Elmuthalleth is highly defensible, which is how it gets away with have no real magic using tradition and no standing army.

The People
Though the stereotype of an Elmuthallan is the scholar with his nose in a book or the constantly tinkering engineer, the city also spawns a fair number of more adventurous scholars, who go on grand travels to visit and explore other Architect sites around the world. As such, the city is one of the few places with fairly regular and accurate information about the rest of Exire. They also tend to be somewhat more tolerant of other races as long as they have information to share, though they will always be seen as second class. As well, for fear of losing voting privileges or reputation, non-humans are often kept at an arms length except by those so enraptured and wrapped up in their craft that they see only knowledge, not the vessel containing it and certainly not the opinions of those around them.

Another interesting cultural difference, probably spawned by the limited space, their beginnings as slaves without personal rights and freedoms and the absolute emphasis on knowledge and it's sharing and acquiring is that Elmuthallans have little to no sense of personal space. They will stand closer then most are used to, don't shy away from casually touching even strangers, a hug, touches on the arm for emphasis or gently moving someone out of the way are all entirely acceptable. They will also join in and remark on any conversation they can hear. After all, if you didn't want them to hear it, why would you have it where they can hear? Rhetorical questions are often answered by complete strangers, and a casual question in a coffee shop can easily devolve into an intense brainstorming session. 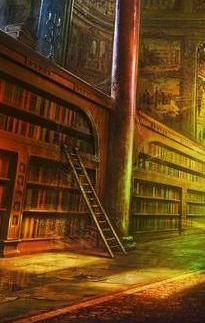 The natives of Misthaven can be largely differentiated from immigrants, first, by the color of their hair, which are more often than not dyed the color of the district they're from, and secondly, by their outward demeanor. The Israni are bold and brash individuals who do not shy away from opportunity. Immigrants may come to notice that they are incredibly animated with not only their hands, but their body gestures. They do not shy away from arguments, for the most part, but on the opposite end of the spectrum, the average Israni is incredibly hospitable as well. This can be attributed to the prevalent mindset of wealth and ambition that drives the core of Misthaven. Israni believe that those who can welcome many to their tables is destined to an equally bountiful future.

The Land
The terrain surrounding Elmuthallan is fertile, but rocky. Starting a new farm or orchard is hard work and requires a lot of tilling, but once the ground is properly prepared the yields tend to be generous. The seasons likewise are fairly forgiving. In winter it rarely drops below freezing, and although summers can get quite warm it generally doesn't suffer the same droughts that other parts of the Southern Continents do. A number of livestock are kept both on the upper edge of the city and within the city underground, and a variety of fish can be found within the massive underground lake. Some scholars have taken to experimenting with soil and architected light sources, hoping to find a viable method of easily starting farms in underground spaces.
2 posts
Locked